Yesterday was the first of five NorCal Mountain Bike races of the year, down at Fort Ord near Monterey. This is a five-race series that other Marin teams, such as Drake and San Rafael High, have typically dominated in years past.

You can read more about the race series at www.norcalmtb.org, but this is the largest High School Mountain Bike league in the US. On Sunday, there were 530 riders registered to race from all over Northern California! The NorCal MTB League is the sanctioning body for high school “club sport” mountain bike racing in Northern California, and currently encompasses about 35 schools and about 1000 athletes.

Originally started in Northern California, the league is now in its 10th season, and has expanded to SoCal and other states too – rapidly becoming THE national mountain bike racing organization. In 2009, the league saw the first ever California HS championship (SoCal & NorCal).

Historically, the Marin schools have been the powerhouses in the league, but until recently, Tam High had yet to realize its rightful position as a powerhouse too. Given that several “founding fathers” of mountain biking are Tam grads (Joe Breeze, Steve Potts, etc., we’re hoping that 2010 may be the year to show the rest of Northern California where mountain biking started!

Yesterday, with a reconstituted Tam High racing team that included five strong new riders, for the first time in many years (we don’t know how many), Tam High came away with four podium finishes, including two first place winners!

The Tam team also included a number of other racers as well who raced in Frosh, Sophomore, Junior Varsity, and Varsity – just not enough girls to get them into Division 1 – that is the goal for the 2010-2011 season!

The races all had very large fields of 50-75 racers with boys from all over Northern California, with the Tam team racing on a race course they’d never ridden before. But it didn’t stop them – four boys made their way up to the podium! Alex hammering up through the feed zone 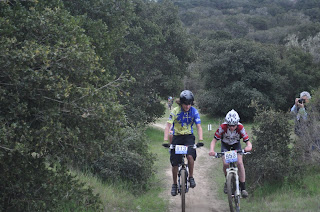 Skyler overtaking a slower rider on one of the climbs 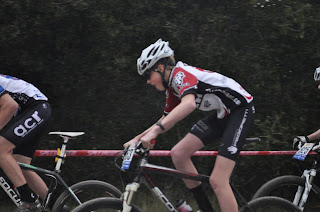 Skyler powering along just behind Alex 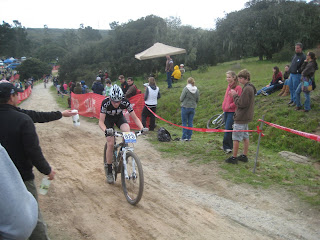 Jack heading up the feed zone 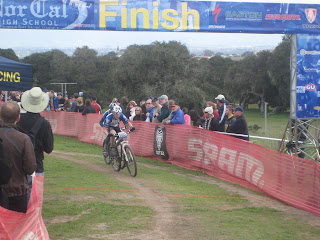 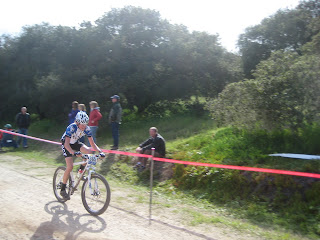 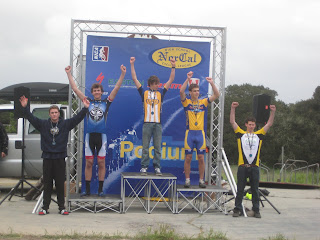 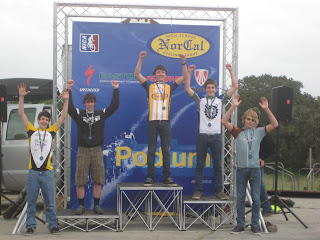 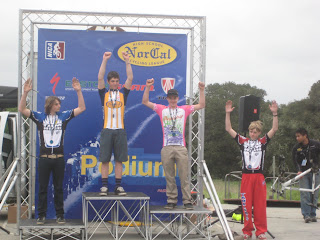 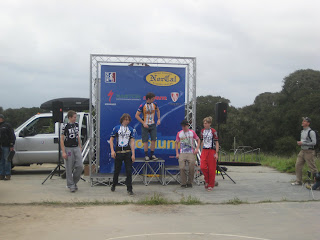 Freshman Podium – with Jack in the picture!

The other Tam riders (boys and one girl) all exceeded their own personal best results, and we expect much more out of them as the season progresses. Credit also goes to Simon Andalib and Anna Davenport, the Tam High team’s coaches.

This success is going to turn Tam into a much more recognized school in the High School Mountain Bike racing league!

Thanks to our Sponsors!

Tam Bikes, the Mill Valley bike store, is the team sponsor for the Tam High Mountain Bike team, and should be recognized for their support and contributions to the team’s success. Bob sends out a special thanks to Quoc and the guys for the loan of his race-winning Niner bike!

Also big thanks go out to Chad and the guys at Above Category for the loan of the fantastic set of carbon Edge tubular MTB wheels/tires that were on Spence’s race-winning bike!

Pictures are up here