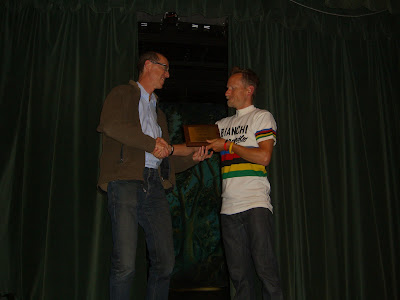 Rich receiving the Volunteer of the Year Award. Attention to detail and shockingly quick response time to texts and emails…in the end…he really cares about the riders and the team and gives so much. Thanks Rich…you’re an amazing help. 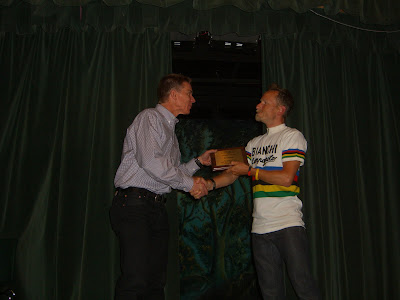 Blair receiving the other Volunteer of the Year Award. Hey…it takes a village. He truly kept the logistics of the team organized and moving all year. He was also an incredible guide to me, bringing me along in my first year with the team….every step of the way. Thanks so much Blair for your time, effort and knowledge. 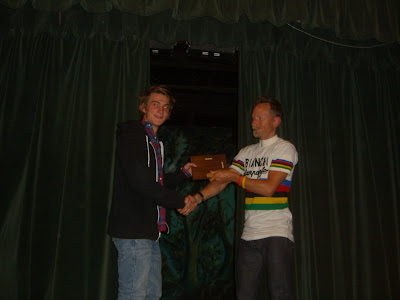 Bjorn…..Most Improved Rider of the Year! From zero to a hundred in a few months. A first time cx racer who came over “to the dark side”. He went from barely getting over Diaz Ridge to some of the fastest racing Norcal has to offer. Congratulations on an amazing year Bjorn. You worked hard and should be so proud. 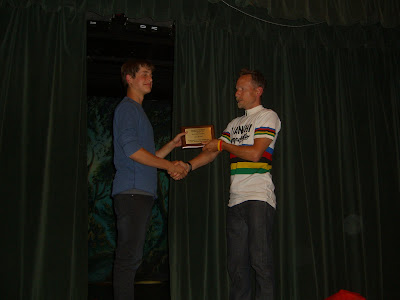 Most Improved Rider of the Year, Jack. What can I say..they both made great strides. Believe me…I was ridin’ behind this guy on day one and it wasn’t pretty….braking through corners, bad lines…. Fast forward to a practice ride in China Camp before states and he was shreddin’ full throttle like no one’s business. Congratulations on your hard work and results Jack. 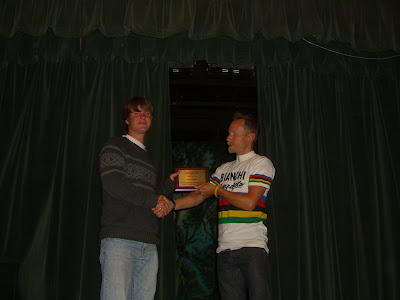 Dillon….Rider of the Year Award. This guy is pedal slammed down all the time. Favorite quote from him to me: At states during warmup “Yeah…I have a cold but it won’t affect my result.” Talk about a “called shot”…he won. Sophomore State Champion 2011. What’s 2012 gonna bring? Congratulations Dillon on an amazing year. 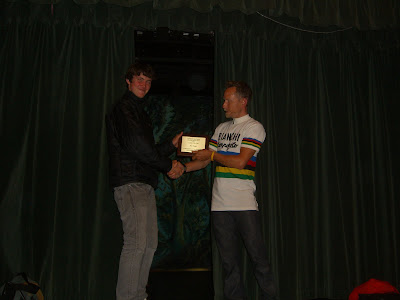 A very proud coach with the recipient of the Leader of the Year Award…and our Team Captain, Bob. He stepped up mid-year to be our leader. Guiding the team during race recon laps, providing little insights here and there, mentoring newbies or pulling wheelies at 30kph…he’s a natural leader. 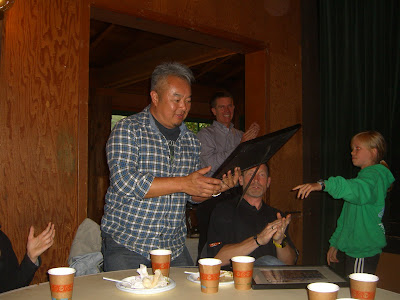 We can’t thank our sponsors enough. Quoc from Tam Bikes accepting a team gift. Jeff J in the background with his gift as well. “No you, no us” as they say. On behalf of the entire team and support organization we thank you. 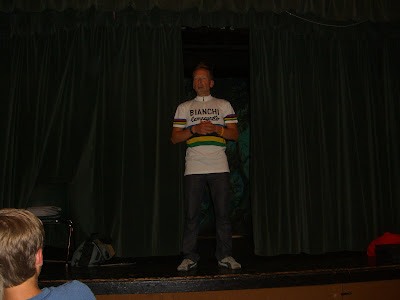