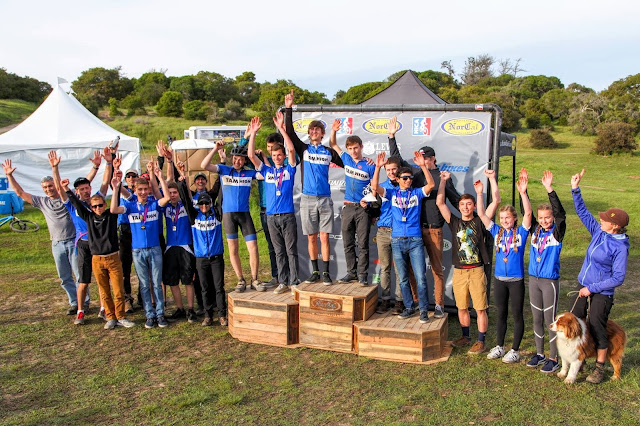 You all showed phenomenal resilience, poise, speed and strength in all of your races, earning only the second D1 team podium spot in the team’s history! Tam High has won the State Championship podium spot as a D2 team back in 2010 before the team expanded to Division 1 in 2011. So you all are building on the legacy of this team.

Thank you to all who stayed for the podium ceremonies and cheered on the 7 (yes SEVEN!) athletes who earned individual medals and then for participating in the team podium along with the rest of the team and coaches.

A special shout out to the Freshmen girls who turned in an amazing performance and helped the team earn this special team trophy. We could not have done it without you!