A reminder to all racers you need to look at your equipment and be prepared for race day.

1) There have been a few athletes who have forgotten key items of equipment at home for races: helmet, clip-in shoes and race numbers. Use the race check list below.

2) There have been at least 5 or 6 instances of mostly Freshmen boys who have had issues with dropped chains, derailleur skipping and stuck chains in the last two races. There are two races left. Have a shop look at your equipment and have the bike tuned up or drive train elements replaced to avoid losing minutes and numerous places in the field! You’ve all trained too hard to lose precious seconds or even minutes in your race. Inquire about getting a reservation ahead of time and drop off the bike the day of or just before the appointment. DO IT NOW! 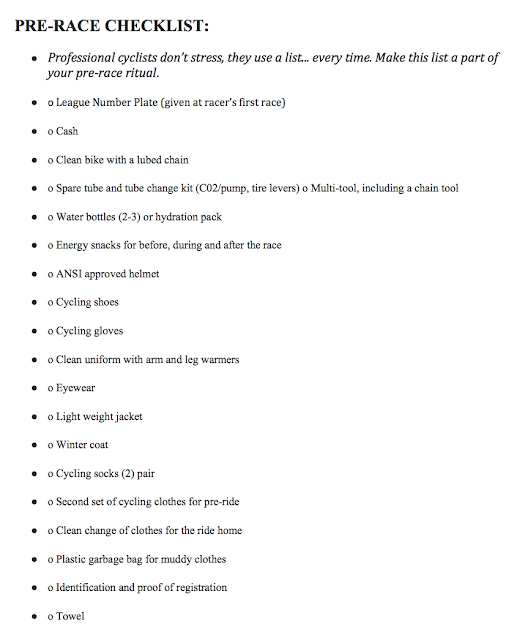